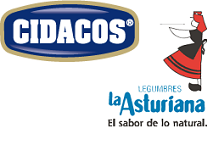 Conservas El Cidacos, a producer of canned vegetable products, is to acquire the Leon-based Seleccion de Productos Leoneses (Seprolesa), according to a report in Financial Food.

Seprolesa’s business is primarily focused on the processing and sale of pulses such as chickpeas, lentils and kidney beans, and its product range includes both dried and cooked varieties in addition to canned ready meals.

The move comes as Conservas El Cidacos looks to strengthen its relationship with Spanish distributor Mercadona, with which the firm has been working since 1998.

The deal is subject to the approval of the Spanish competition authorities.