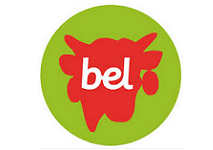 A new facility dedicated to the production of Groupe Bel cheese products has been officially inaugurated in Brookings, SD, USA.

Groupe Bel said the new facility, which is its  28th production site worldwide, was a response to growing demand for Mini Babybel cheese in the American market.

In 2013, US sales of Mini Babybel rose 24%, with volume reaching nearly 10,000 metric tons, the company said, making the US now the most important global market for the brand.

“The inauguration of our third plant in the United States is a historic event for the Group”, said Antoine Fievet, the Bel Group’s Chairman and Chief Executive Officer. “It incarnates our willingness to dare, which is one of our company values. We introduced Mini Babybel® to the United States in 1979. Since then, the brand has established itself as a healthy and fun snack to be eaten on the go — making it particularly well suited to American eating habits. This new production site, which represents the largest industrial expenditure in our company’s history, is fully in line with our growth potential on the American continent”.