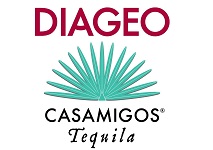 Global beverage giant Diageo has confirmed the acquisition of Casamigos, a “super-premium” tequila brand for $1 billion.

Casamiro was founded in 2013, and is described by Diageo as the fastest growing tequila brand in the US, increasinb sales by 54% over the last two years.

The transaction, where is expected to close in the second half of 2017, values the company at up to $1 billion. Diageo will pay $700 million upfront for the company, with a potential payment of another $300 million over 10 years based on a performance.

Ivan Menezes, CEO of Diageo, said: “With the global strength of Diageo we expect to expand the reach of Casamigos to markets beyond the US to capitalize on the significant international potential of the brand”.