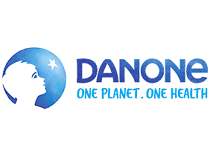 French dairy multinational Danone has announced the closure of one of its manufacturing facilities in the USA by the end of the year, with 147 jobs affected.

Danone, which markets products in North America under the Dannon and Activia names, took on the facility in Naugatuck, Connecticut in 2013, as part of its acquisition of the YoCrunch brand. At the time it was acquired, the plant generated annual sales of $110 million from products such as yoghurts with toppings, cookie crumbs and confectionery.

“This is part of an effort to make more effective use of our production network”, he said. “We are moving our Naugatuck operations to other factories, so this is not a matter of the brand being eliminated”.

Danone, whose North American headquarters is in White Plains, New York, is one of the 15 biggest food and beverage companies in the USA. The company also operates yoghurt facilities in Ohio, Texas, Utah and Oregon.

Source: The Middletown Press / The Hour