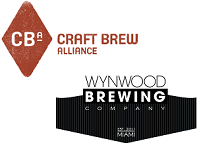 US-based Craft Brew Alliance is to purchase 24.5% of Florida’s Wynwood Brewing for an undisclosed amount, with the deal expected to conclude by the first quarter of 2017, according to a report in Brewbound.

It is reported that the deal will allow Wynwood Brewing to expand by utilising resources from the larger Craft Brew Alliance, while allowing the latter to tap into the Florida market.

Craft Brew Alliance is considered one of the bigger brewing companies in the US, owning a number of brands such as Red Hook, Widmer Brothers, Kona Brewing and Square Mile Cider.

Wynwood co-founder Luis G Brignoni said: “We want to launch with [Craft Brewing Alliance] and work on the master distribution agreement, and then come back to the drawing board. We have always wanted to build in the neighbourhood, rather build outside, and now we have an opportunity to evaluate our original plan”.