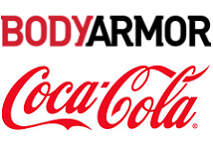 Soft drinks powerhouse Coca-Cola has announced it has entered into a definitive agreement to acquire a minority stake in functional drinks business Bodyarmor for an undisclosed sum.

The firm said that the deal was “uniquely structured to create value for both companies” and would allow it to increase its holding in the future, including a “path to ownership under defined terms”.

Bodyarmor’s flagship Superdrink is described as “a premium sports drink […] packed with potassium and other electrolytes, vitamins and coconut water” and is available in  a choice of 12 flavours. In 2017, Bodyarmor branched out with the launch of lower-calorie Superdrink Lyte, while 2018 has seen the debut of the enhanced water drink Bodyarmor SportWater.

Coca-Cola said that, through the agreement, Bodyarmor would have the opportunity to gain access to its extensive bottling system, enabling the growth of the brand to be accelerated.

Commenting on the deal, Coca-Cola North America president Jim Dinkins said: “In a fast-moving and dynamic industry, and during a time of unprecedented change at Coca-Cola, we’re challenging the status quo and bringing innovative, boundary-less thinking to our strategic relationships to ensure we are offering the products consumers want.  BODYARMOR is one of the fastest growing beverage trademarks in America and competes in exciting categories. I have no doubt it will prove to be a strong offering to our system alongside our already powerful hydration portfolio as we accelerate our position as a total beverage company”.