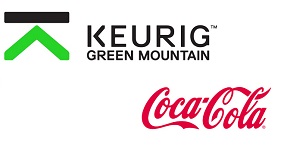 The move is part of efforts by Coca-Cola to focus more on coffee and countertop carbonation.

The “purchases demonstrate our continued belief that Keurig Green Mountain has substantial growth potential,” Coca-Cola said in a statement.

The two companies are partnering in the production and sales of Coca-Cola branded pods for Green Mountain’s cold beverage maker. Future plans include collaboration on Keurig’s cold beverage system, which is expected to be available for purchase next year.

According to the Wall St Journal, the move could see Coca Cola spending an additional $1 billion.