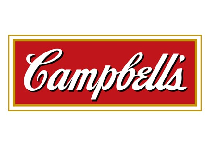 According to reports in Meat & Poultry and New Hope, the “healthy and clean” soup line is made with “recognizable & desirable ingredients” such as kale and quinoa.

The idea for the new line is said to have come from female employees of Campbell’s, who worked with company chefs, product developers and marketers to develop the line. Campbell’s Americas Simple Meals and Beverages president Mark Alexander commented: “They love soup, of course, and they work here but felt the category lacked a product specifically for them, a brand that stood for something they could connect with and one that used ingredients they wanted more of like kale, quinoa and lean protein”.

This new soup, to be launched in January 2017, is reportedly aimed at boosting the firm’s Simple Meals and Beverages segment, which is said to have seen a 3% sales drop in Q3 this year.