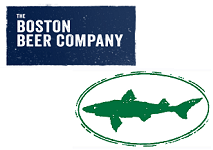 Boston Beer, the owner of the Samuel Adams brand, has announced it has acquired Dogfish Head, a leading craft beer firm, for $300 million.

In a press release, the two firms said the merger would create “a powerful American-owned platform for craft beer and beyond”.

“The new entity will possess more than half a century of Craft brewing expertise, a balanced portfolio of leading beer and “beyond beer” brands at high end price points, and industry leadership in innovation and quality”, they added.

Founded 23 years ago, Dogfish Head is described as a craft beermaker focused on brewing with “culinary ingredients”, outside the ‘Reinheitsgebot’ (German beer purity laws).

Commenting on the deal, Jim Koch, founder and chairman of Boston Beer, said: “We believe we are creating the most dynamic and diverse American-owned platform for craft beer and beyond. Dogfish Head has a proud history as a craft beer pioneer with a brand that is beloved by American consumers and highly respected by the industry”.

Sam Calagione, founder and brewer of Dogfish Head, added: “Not only are Dogfish Head and Boston Beer two original American breweries, but Jim Koch and I worked hard with other leading craft brewery founders and the Brewers Association to develop and champion what defines independent American brewers”.

The transaction is expected to close late in the second quarter of 2019.