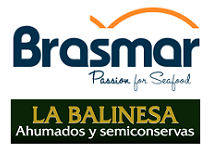 Brasmar, a Portuguese seafood company, has announced it has acquired La Balinesa, a Spanish firm that produces smoked salmon, for an undisclosed sum.

The Porto-based firm said the deal would underline its leadership position on the Portuguese market, expand its product range, and strengthen its footprint in Iberia as a whole.

La Balinesa is described as a leading company in the manufacture of smoked fish in Spain. Located in the province of Leon, it makes refrigerated salmon and cod products in a 14,000 sq m factory near the village of La Antigua.

Brasmar added that La Balinesa’s location near the town of Benavente would allow it to serve its Iberian customers in less than 24 hours, and European customers within 72 hours.