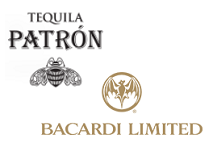 Bacardi, the world’s largest privately-held spirits company, has announced that it is to acquire 100% of tequila firm Patron for an enterprise value of $5.1 billion.

Bacardi had previously acquired a minority stake in Patron in 2008.

Patron tequila is described as being “produced from the highest-quality 100% Weber Blue Agave, distilled through time-honored processes with meticulous precision and care”.

Commenting on the deal, Bacardi chairman Facundo L Bacardi said: “Patrón and Bacardi were both founded on the principles of quality, integrity, and innovation, and driven by a sense of fearlessness – it’s in our DNA. It has been a privilege being a partner for a number of years with a remarkable entrepreneur like John Paul DeJoria. John Paul’s vision, integrity, and courage are responsible for introducing the world to simply perfect tequila. As we move forward together, we will continue to pursue perfection as the guiding light in everything Patrón stands for”.

The deal is expected to conclude in the first half of 2018, subject to customary closing conditions.