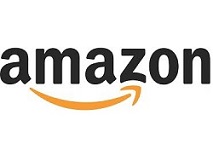 E-commerce Amazon giant has made its first concrete steps into bricks-and-mortar retailing with the opening of a new store in Seattle, WA, USA under the name Amazon Go.

The concept allows customers to pick and choose their groceries from the store but, unlike a typical supermarket, dispenses with the traditional checkout procedure. Instead, the technology uses sensors that are said to track customers as they move through the store and record what items are picked up. Shoppers then have their groceries automatically charged to their Amazon Prime account upon exiting.

The first Amazon Go store is described as being available to Amazon employees only and is situated close to the firm’s headquarters in Seattle, although there are reportedly plans to expand the concept to the public at large next year. The Guardian reports leaked internal documents suggesting that Amazon could be set to open as many as 2,000 of the stores across the USA.

Rumours about Amazon opening physical stores surfaced in October. Amazon’s previous forays into FMCG have focused on the e-commerce channel, such as the Amazon Fresh service that has been operational since 2007.