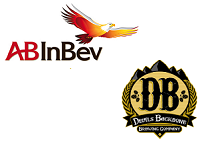 Leading global brewer AB InBev, has announced the addition of a new craft beer brand with the acquisition of Virginia-based Devils Backbone.

Established in 2008, Devils Backbone has an established portfolio of products which includes brands like Vienna Lager, Eight Point IPA and Schwartz Bier. Through this acquisition they will join AB-InBev’s High End business, which is a unit that focuses on craft and import beers.

“Devils Backbone has captivated beer drinkers in Virginia since opening its doors eight years ago”, said Felipe Szpigel, President, The High End. “From the beginning, they have shown creativity and talent with the great beers they brew […]. Pair these qualities with dynamic leadership and a dream to do something bigger, and you have the recipe for an even more promising future”.

“While we are joining a creative group of craft breweries in the division, Devils Backbone will retain a high level of autonomy”, said Devils Backbone co-founder and chief executive Steve Crandall.

The deal is expected to be closed in the second quarter of the current year. Terms of the agreement were not disclosed.