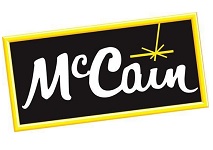 International frozen food giant McCain is investing $200 million to expand its production facility in Burley, Idaho, following previous investments in its facility in Florenceville in Canada as well as in Plover, Wisconsin, USA.

The new expansion is said to be set to the lead to the creation o more than 180 new positions within the site, as well as increasing potato production of another 15,000 acres of potatoes to be grown per year from eastern Idaho to the Oregon border.

“McCain has been a part of the Burley community since the 1960’s…”,  said Jeff DeLapp, McCain regional president, North America. “This investment will bring more jobs, continued partnerships with local potato growers and expanded capacity to meet increasing demand for McCain products”.