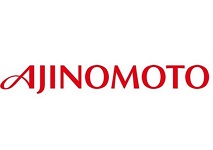 Japanese food manufacturer Ajinomoto has debuted in France, as it seeks to initiate an expansion into Europe.

A line of frozen ready meals is being listed by French multinational retailer Carrefour “to establish a sales channel in France and offer a full product lineup”, according to the manufacturer. Eight varieties of frozen Japanese foods including Gyoza (Dumplings) and Karaage (Fried Chicken) were launched in April priced at between €3.95 ($4.32) and €5.75 ($6.25).

The company, which is aiming to increase recognition of the Ajinomoto brand among French households, says the launch was prompted by increased Japanese food consumption in France.

It is reported that the firm plans to expand sales across the region, as well as considering entry into the UK or Germany as its next move.