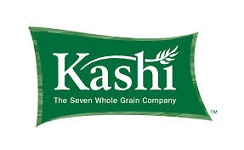 Kellogg has announced new varieties of pizza under its brand Kashi, targeted at single serve occasions.

Available from December, the new pizza will come in two flavours: Greek Tzatziki and Indian Tikka Masala.  They are claimed to offer a source of fibre and protein, with up to 18g of protein per serving.

Kashi Greek Tzatziki and Indian Tikka Masala  singe serve pizza will be available from the frozen aisle of grocery retailers throughout the US at an RRP of $3.99.