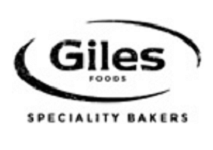 Warburtons, the leading UK bread producer, is set to close its Giles Foods facility in Milton Keynes, Buckinghamshire, according to a report in British Baker.

Commenting on the proposed closure, Warburtons said the move was a result of “significant ongoing challenges facing the business”.

Giles Foods was bought by Warburtons in 2013 and largely produces unbranded baked goods such as garlic bread, dough balls, Danish pastries, tarts and buns. Aside from its Milton Keynes site, it operates a facility in Warminster, Wiltshire.