UK: Toast Ale and Warburtons launch “beer made with crumpets” 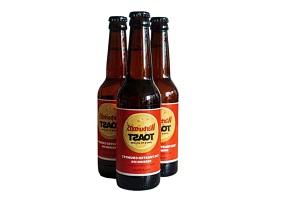 Toast Ale, a UK-based brewing company, has announced the launch what is said to be the first beer created from leftover crumpets, the result of a partnership with bakery company Warburtons.

Warburtons, described as a family business run by the fifth generation of the Warburton family, bakes millions of crumpets a year. The idea behind the launch, using surplus crumpets, is to give a second life to food waste.

The limited-edition Session IPA, with an ABV of 4.2%, is created by crumbling the crumpets into small pieces, increasing the surface area and thus allowing the sugars to ferment into alcohol. After three weeks, the beer is ready for consumption.

James King, marketing and brand manager of Toast Ale, said: “Our mission remains to brew beer that is planet-saving and palate-pleasing, and we couldn’t be more excited to venture into the world of crumpets”.