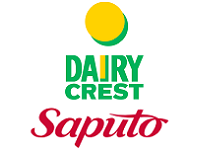 Saputo, the Canadian dairy giant, has announced it has reached an agreement to acquire its UK peer Dairy Crest in a deal worth around £975 million ($1.28 billion).

Headquartered in the UK, Dairy Crest manufactures and markets cheese, butter, spreads and oils under leading  brands such as Cathedral City, Clover, Country Life and Frylight, and also produces value-added dairy ingredients. It employs approximately 1,100 people in seven locations across the UK and generated £456.8 million ($600.5 million) in revenue for the year ended 31st March 2018.

Saputo said the deal would enable it to expand its international presence and enter the UK market, describing Dairy Crest as a “successful industry player with a solid asset base and an experienced management team” and “an attractive platform which fits with Saputo’s growth strategy”.

Subject to shareholder approval and customary closing conditions, the transaction is expected to be concluded in the second quarter of 2019.