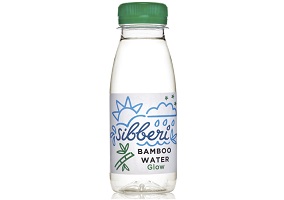 UK-based firm Sibberi is extending its range of bottled plant waters with the launch of a new drink based on bamboo.

The third in Sibberi’s line of plant waters, which also includes maple and birch, Sibberi Bamboo Water is claimed to be “just as hydrating as coconut water, but with zero sugar” , and is described as having hints of green tea with a smokey after taste.

Bamboo water first came to mainstream attention in 2015 with the launch of Bamboo Water from specialist Canadian firm Bamboo Beverages. Sibberi’s version will retail in 100ml bottles for an RRP of £1.99 ($2.86).

Commenting on the launch, Sibberi co-founder Clara Vaisse said: “We were first to introduce birch water in the UK in 2015 and the category really picked up, proving Brits really do have a need for alternative waters. Birch water is our first love but on our journey to launch Sibberi, we discovered other tree waters that are also naturally good for you and very low in sugars. We could not be more excited to introduce Bamboo water in May”.