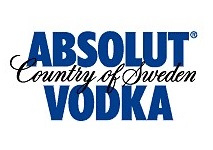 Pernod Ricard said the launch followed the success of  existing flavoured varieties and stated it was confident that the addition of this new variety would  contribute to overall category growth in the segment.

Adam Boita, Pernod Ricard marketing controller, commented on the launch: “Cherry is such a popular flavour that’s ideal for mixing and shows how we are continuing to innovate within the flavoured vodka segment. We’re driven by a passion to transform – to find new and exciting combinations that inspire consumers and bartenders alike to create great tasting cocktails”.

The 70 cl bottle will be available in stores at an RRP of £18.85 ($30.39). The launch will be supported via POS material including a neck collar to provide consumers with inspiration for recipes.