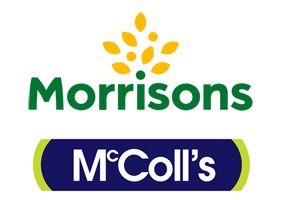 British supermarket chain Morrisons, owned by the US private equity group Clayton, Dubilier & Rice, was selected ahead of Asda owners’ in the bid for McColl’s chain ownership.

According to sources, McColl’s was sold via a pre-pack administration, after the retailer’s lenders had declined a request to restructure its debt.

With Morrisons’ offer, McColl’s stores and human resources will be retained. The 16,000 McColl’s staff will be transferred to Morrisons, while all the Scotland-based retailer’s, 1,160 UK convenience stores, and newsagents will continue to operate. Morrisons will also rescue the company’s two pension schemes, which have around 2000 members.

David Potts, CEO of Morrisons, said “Although we are disappointed that the business was put into administration, we believe this is a good outcome for McColl’s and all its stakeholders. This transaction offers stability and continuity for the McColl’s business and, in particular, a better outcome for its colleagues and pensioners”.

Morrisons already had an existing supply agreement with McColl’s, providing a range of products under the Safeway brand and some of McColl’s stores operate under the banner Morrisons Daily outlets.