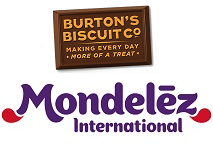 Global snacks and confectionery giant Mondelez International is seeking to acquire the licence to market biscuits under the Cadbury brand from UK based Burton’s Biscuits, according to a report in Sky News.

The Birmingham-based business currently makes the Cadbury Fingers and Cadbury Animal brands, in a licensing deal dating back to 1986. The agreement remained in place despite the takeover of Cadbury by Mondelez International (then Kraft) in 2010.

Sky News reports that any deal for the Cadbury licence could be worth up to £200 million ($260 million), although, according to The Guardian, industry sources suggest the figure could be only half that. The Guardian goes on to report that a possible stumbling block in any sale might be Burton’s Biscuits other brands, such as Jammie Dodgers, Maryland Cookies and Wagon Wheels, as Burton’s would require a solution for these products before a deal could be agreed.

The speculation over the Cadbury biscuit licence comes after Mondelez International failed with an initial bid of $23 billion to take over US chocolate maker Hershey at the end of last month.