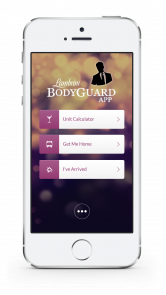 Halewood International, the makers of Lambrini, has unveiled plans to launch a free app designed to encourage more responsible drinking over the upcoming festive period.

The virtual BodyGuard app is free to download for iPhone and Android users and displays an alcohol monitor to count the number of units consumed, as well as a  “Get me Home”  feature  providing alternative safe routes home for users over the Christmas period.

The app is promoted on 2.4 million bottles of Lambrini, where the service is advertised through a QR code, Talking Retail reports.

According to the company, the main features include an alcohol counter from a suggested drinks list that calculates the total units of alcohol consumed, and a collection of contacts for local and private taxi companies gathered by determining the location of the consumer.

Meanwhile the “Get me Home” feature enables consumers to be located via GPS so that the nearest public transport routes can be either planned or searched for in real time. To complete the consumer’s journey, the app will inform contacts of their location en-route and also notify contacts when the users have returned home safely.

Brand manager for Lambrini, Loran Tweed, said: “The Bodyguard App will be promoted on-pack via a QR code and supported by a social media and PR campaign that reminds consumers to stay safe during the Christmas period in line with Halewood International’s ethos to encourage responsible drinking.”