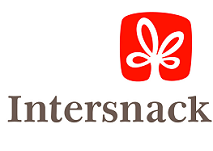 Intersnack, the leading German snacking firm, is considering closing its Largo Foods popcorn factory in Barnsley, UK, operated by its UK subsidiary KP Snacks, according to a report in Insider Media.

The move would see production transfer to the firm’s nearby Butterkist facility in Pontefract.

KP Snacks managing director Mark Duffy said the decision to move production was due to over-capacity across the firm’s popcorn manufacturing base.

“The Largo Foods UK site in Barnsley has expanded in recent years as business has grown, however the growth has resulted in us occupying a number of business units and the space constraints drive increased costs and some technical challenges”, he said. “KP’s Butterkist factory in Pontefract is a large, modern, cost-effective self-contained unit. The constraints at Barnsley mean there is not the capacity to accommodate Pontefract’s production, however Pontefract could accommodate Barnsley’s production, whilst retaining scope for further volume growth”.

“Therefore, KP have decided to announce the proposal to relocate the manufacturing of popcorn from Barnsley to our Pontefract site, which would lead to the closure of the Barnsley site later this year”, he added.