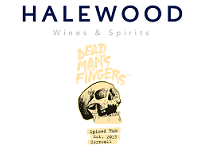 Commenting on the deal,  Rum & Crab Shack founder Neythan Hayes said: “Halewood’s distribution structure will drive growth and allow more people to enjoy it as much as we do – this is what we’re really excited about”.

Describing the deal in a statement as a “timely move”, Halewood said: “[The company] has made great strides in the past few years to offer a range of products at various prices to the trade and consumers”.

Stewart Hainsworth, Halewood group chief executive, added: “Our business strategy of investing in premium artisanal spirits is paying huge dividends. We place great importance on the authenticity and quality of the brands”.