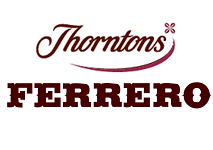 Ferrero, the Italian manufacturer of chocolate and confectionery products, has bought British chocolate producer and retailer Thorntons for £112 million ($176 million).

The Italian company has said it will pay 145p per share, having originally secured a stake in the business of just under 30%.

Thorntons chairman Paul Wilkinson said: “Ferrero is offering our shareholders an attractive premium to the average price of Thorntons’ shares over the last three months. Although the prospects for Thorntons as an independent company remain strong as the company embarks on the next phase of its strategy, the board of Thorntons also recognises the potential benefits to the brand and the business, including employees and all stakeholders from combining with the Ferrero Group”.

Chief executive of Ferrero Rocher, Giovanni Ferrero, added: “This transactions brings together two highly complementary businesses, but more importantly it unites two companies that share the same passion for growing brands, and a proud heritage, drive and culture built upon their family foundations. We have long admired Thorntons and what they have achieved in the UK as demonstrated by their tremendous customer loyalty, and we look forward to working with their experienced team”.