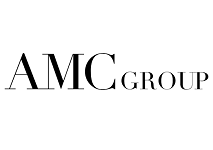 AMC, a Spanish manufacturer of juices and fresh foods, has announced it has opened a new plant-based production facility in Merseyside, according to reports in UK Investor Magazine and Asian Trader.

The new purpose-built £11 million ($14 million) Skelmersdale factory will produce freshly squeezed juice and a variety of vegetable-based foods. According to Asian Trader, it is producing non-dairy yoghurt for Rebel Kitchen, and plant-based soups for brands including Bol.

UK Investor Magazine reports it is also providing freshly-squeezed juice to Sainsbury’s and, alongside that, has begun production of a number of lemonades for Waitrose’s Truly Scrumptious range.

Commenting on the new site, AMC Group fresh foods director Mike Bullock said: “There’s an exciting future in store for the site. Plant-based products are in huge demand and there is a gap in the market for a dairy-free factory producing fresh, quality products at scale”.