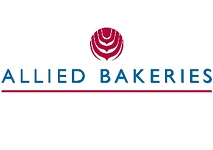 Allied Bakeries, the UK bakery firm behind brands such as Kingsmill, Allison’s, Sunblest and Burgen,  has announced plans to halt production at its site in Cardiff with the loss of up to 180 jobs, according to BBC and Wales Online reports.

“Earlier this year Allied Bakeries announced the loss of a major own label bakery contract, following which we have undertaken a detailed review of our bakery network to optimise our production capacity, locations and routes to market”, a company spokesperson is quoted as saying.

“As a result of this review we are proposing to restructure our facility in Cardiff. If our recommendations are accepted the site will continue to operate as a logistics depot, distributing our products into Wales and the South West of England, while its bakery operations would be re-allocated to our larger facilities in the UK that have capacity available to meet customer demand”.

A company official is also quoted by the BBC as saying: “Unfortunately, bread is in decline in the UK and an excess of bread manufacturing means that bakery closures are a consequence of that, coupled with the big retailers wanting cheaper products that are dictated to by cost rather than the quality of the product”.

Allied Bakeries, an ABF subsidiary which was been operating in Cardiff since 1971, is due to cease production in September.