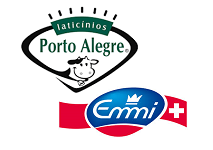 Swiss milk processor Emmi has announced it is increasing its stake in Brazilian firm Laticinios Porto Alegre, taking its holding in the Minas Gerais based milk processor from 40% to 70%.

Emmi has held a stake in the Laticinios Porto Alegre since July 2017, and said the company had been developing positively in “an extremely challenging market environment”.

“With the acquisition of a majority stake, Emmi is underlining its willingness to invest further in the development and expansion of the company together with its local partners”, the firm said in a statement. It added that the transaction would strengthen its presence in Latin America and “build bridges” beyond its existing engagements in Chile and Mexico.