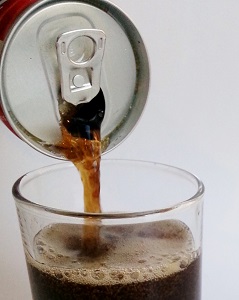 The UAE government has announced the banning of “supersized” soft drinks as part of new health measures, as the Gulf state looks to reign in increasing obesity and lifestyle disease rates.

According to Arabian Business News, the federal cabinet came to the decision following the second day of what it described as a “brain-storming” session at a Sir Bani Yas island.

Reported recently by the United Nations, more than one third of the UAE’s population is classified as clinically obese, while a separate study said that 20 percent of adult Emirati citizens suffer from diabetes.

According to a World Health Organisation study, the Gulf State is the fifth highest consumer of soft drinks globally, with per capita consumption of 103 litres per year.

Sheikh Mohammed bin Rashid Al Maktoum, the UAE’s prime minister and vice-president, announced that “the health of our citizens cannot be measured by any cost and treatment anywhere is a vested right for them.”

He went on to say that the government’s inspiration came from the thousands of ideas and suggestions put forward by the public prior to the Cabinet retreat.