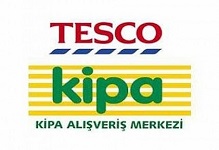 According to media reports, Tesco Kipa is considering various options regarding the future shape of its presence in Turkey.

Just over a week ago it was reported that parent company Tesco was in “the first stages of talks with various companies”. Tesco has recently been under pressure to turn around declining sales in its domestic market and has reportedly been considering reducing its exposure to the Turkish market.

A report in the Financial Times speculated that a reshaping of the Turkish business could see a partnership with Swtizerland-based supermarket chain Migros. In a statement to the Istanbul bourse, Migros said “BC Partners periodically evaluates various alternatives for all its existing investments including Migros”.

Tesco has previously embarked on ventures to improve businesses in countries such as Japan, the U.S. and China and analysts have speculated that Turkey could be next in line.

Tesco Kipa entered the Turkish market in 2003 and currently operates 191 stores in the country.