Australia: “Success” for Woolworths with Farmers’ Own Milk 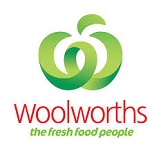 Supermarket Woolworths has announced that the trial of Farmers’ Own milk has been an “enormous success” and will now be permanently available in 105 stores across New South Wales.

Australian Food News reports that the move allowed more than 2.5 million customers to be “directly” linked to dairy farms from the Manning Valley (where the milk is produced).

The milk trial has run since October 2013 and Woolworths has announced “it has seen strong sales, particularly in the Manning Valley stores.”

Tony De Thomasis, Woolworths Head of Trade said “we are extremely pleased about how well our customers have received Farmers’ Own milk. We know they appreciate a great local product.”

Manning Valley dairy farmer, Tim Bale, added, “We’re delighted that this trial has gone so well and that now we’ll be able to deliver our fresh, great tasting milk into a huge market.” He continued by saying: “We know that customers want farmers to get a fair price for their produce and our direct relationship with Woolworths is delivering that.”

Australia: “Success” for Woolworths with Farmers’ Own Milk - Gama