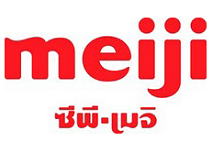 CP-Meiji Co Ltd, one of the largest manufacturers and distributors of dairy products in Thailand, has announced the launch of a new High Protein Milk in response to a trend for functional products in the country, according to a report in NNA.

According to the manufacturer, the dairy market saw market growth of 3.6% on the same period last year, of which 2.9% was from milk and 2.0% was from milk products, despite a 3.5% decrease in yogurt sales.

The product is offered in Plain and Chocolate flavours, the latter said to contain ‘double’ protein, while the former is claimed to contain 500mg of L- Carnitine to promote fat burning. Both have an RRP of 49 THB ($1.44) per 350ml bottle.

The launch of CP-Meiji’s High Protein Milk is reportedly aimed at reinforcing the company’s market share. To this end, 50 million THB has been earmarked for promotion of the new launch.