Switzerland: Nestle in talks to sell Davigel to Brakes Group 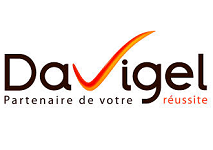 Nestle is in talks to sell its frozen food unit Davigel to food service operator Brakes Group as part of an effort to streamline its portfolio, according to an article in Reuters.

Brakes, which is owned by Bain Capital, already has businesses such as Freshfayre and M&J Seafood within its portfolio, and it is said that a deal to acquire Davigel would enable the company to extend its presence in France as well as enter the Belgian and Spanish markets. It would also gain exclusive rights to distribute Nestle’s branded ice cream to the “out-of-home” market in France.

Davigel supplies frozen and chilled meals and ice cream to restaurants and hospitals, and was part of the Buitoni frozen food business that Nestle acquired in 1989.