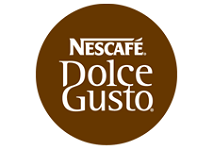 The new line is claimed to use Vietnamese coffee beans, “providing premium coffee products for domestic consumption and export”. It is initially expected to process 2,500 tons of coffee per year (equivalent to 130 million capsules), with volumes planned to be increased over the coming years.

Nestle said that Dolce Gusto coffee machines and capsules had been a huge hit with Vietnamese consumers since their launch in the country in October 2015. Approximately 90% of the output from the new line at the Dong Nai facility will be for domestic consumption, the firm added, while the rest will be exported to other markets in Asia.