Switzerland: Nestle claims first with 70% dark chocolate “made only from cocoa fruit” 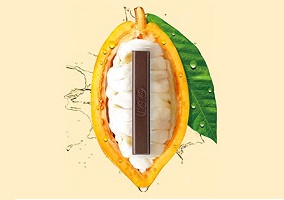 Consumer goods giant Nestle is claiming a world first with the creation of a 70% dark chocolate made entirely from the cocoa fruit, using the beans and pulp as the only ingredients.

“Nestlé has developed a natural approach, which allows it to extract the pulp and use it in chocolate with no compromise on taste, texture and quality”, the company claimed in a statement. Unlike most chocolate, the new product is said to be free from added refined sugars.

Nestle said it planned to first introduce the new chocolate in Japan through its KitKat Chocolatory brand, before expanding to other markets.

Commenting on the development, Nestle head of strategic business units, marketing and sales Patrice Bula said: “We’re proud to bring chocolate lovers a new chocolate made entirely from the cocoa fruit without adding refined sugar. This is a real innovation which uses the natural sweetness of the cocoa pulp to provide a pure, novel chocolate experience”.

This is the second time in two years that Nestle has announced a “new chocolate” for its KitKat Chocolatory range. In January 2018 it announced it would be marketing a KitKat made with Barry Callebaut’s recently-launched ruby chocolate.

Switzerland: Nestle claims first with 70% dark chocolate “made only from cocoa fruit” - Gama