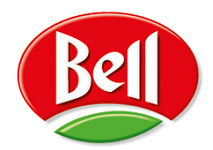 Bell Food Group, the Swiss meat and salad firm, has announced it is selling its sausage business in Germany to the Zur Muhlen Group, a local meat processor, in order to refocus on the air-dried ham category in the country.

The acquisition will see Zur Muhlen Group take over plants in Suhl (Thuringia) and Borger (Lower Saxony) together with all around 400 employees.

The Swiss company said the sale of its German sausage business was due to oversupply in the market and the difficulty in passing on the sharp rise in the price of pork to sales prices.

“As its market share is less than one percent, the Bell Food Group has a subordinate market position and consequently the outlook is poor”, Bell Food Group added. The sale will reduce the  firm’s net revenue by 85 million CHF ($87 million).

Details of the transaction were not disclosed.