Spain: Overall food and beverage sales down but exports up in 2013, industry says 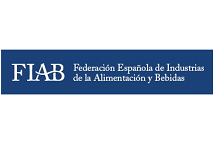 Sales in the food and beverage industry in Spain have declined in 2013 versus 2012, a leading industry body is reporting.

However, the industry also pointed to slightly more encouraging news in December 2013, which saw food sales up 3.3% and drinks sales up 5.03% compared to the same period of the previous year. Gonzalez Aleman, CEO of FIAB, commented: “We are beginning to see signs of recovery, so we are cautiously optimistic for next year’s results”.

A particular plus point for the year was exports, with sales of €23.248 million representing an increase of more than 5% on the same period of 2012.  Aleman continued: “Our companies have placed particular emphasis on exports and this has also had positive effects on the national economy.  Exports are an important factor in generating income for food and drinks companies in Spain, representing 28.5% of sales in the sector”.

Spain: Overall food and beverage sales down but exports up in 2013, industry says - Gama