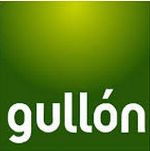 As part of its 2014-2016 strategy plan, management at Spanish biscuit manufacturer Gullon has announced plans to invest €70 million ($97 million) over three years in its two production facilities. The investment will be divided equally between the factory named Gullon II and its newest factory Vida.

At Gullon II, a plant of some 130,000 square metres, €35.6 million ($49.5 million) is expected to be spent. The money will be used to invest in new packaging lines, as well as the improvement and maintenance of the existing facilities and the building of new warehouses to increase storage capacity.

The “Vida” plant, 42,000 square metres in size, will receive an expected €34.6 million ($48.1 million) which will be used to complete construction of the factory and also fund new production lines. Currently the plant has two working production lines and there are plans to introduce a further 10.

As a result of the investment, Gullon anticipates increasing sales to €350 million ($487 million) with 50% of production destined for export.