Australia: A2 Corporation set to enter US market 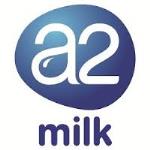 It is being reported by Australian Food News that, following 22% growth in revenue in the first half of 2014, dairy company A2 Corporation has announced that its “next priority growth initiative” will be the US fresh milk market.

It is claimed that the move will see the company export technology rather final food products, with the dairy group already successfully exporting goods into the UK, China, Japan and India.

According to the company, the launch of A2 brand fresh milk into the US has been under consideration for some time and was earmarked as the next growth initiative once the UK business had been been established and was showing growth.

The company went onto to say that it had “strong intellectual property rights and know-how” in the US market and consumer research indicated the attractiveness to A2.

The company will establish itself through a US owned subsidiary and recruitment will see a small management team with in-market experience. It is also said that, as part of the development, A2 milk will be showcased at a major natural food exhibition to be held in California in March 2014.

Tags
A2
← PREVIOUS POST
Industry Insight: Angels Solans, Unilever Spain
NEXT POST →
Spain: Gullon to invest up to €70 million in its two plants by 2016

Australia: A2 Corporation set to enter US market - Gama