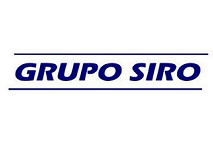 Grupo Siro, a manufacturer of biscuits, pasta, bakery, pastries and cereal products, has posted annual sales of €565 million ($778 million), an increase of 3.6% over the previous year.

The company has announced that it is now planning to invest €200 million ($275 million) over the coming years, mainly in R&D, plant improvements, energy efficiency improvements and new production lines and factories. It has also secured a long long term credit line of €100 million ($138 million) from the European Investment Bank.

Based in Palencia, Grupo Siro achieved total volume sales of 330,000 tonnes in 2013, as well as launching over 100 new items on to the market. Indicating increased focus on product innovation, Grupo Siro has recently invested €11 million in its R&D capability. This includes “i+dea”, a private innovation centre for the development of new products and research into industrial applications for the agrifood sector.

Meanwhile, Siro’s workforce also grew during 2013. The number of employees increased by 191 to a total of 3,885 by the end of the year.