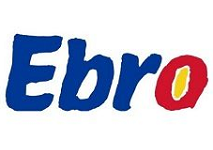 Spanish rice, pasta and sauce manufacturer Ebro Foods has announced plans to build a new factory to manufacture products under the Vegetalia banner, according to a report in Just Food.

The new organic food production facility will be Ebro Food’s fourth and is set to be located in Barcelona, with works to start in the autumn of 2019.

Ebro Foods acquired the Spanish organic food manufacturer Vegetalia for €15 million ($17 million) last year and is said to be expecting rapid growth from that part of its business.

Overall, the firm is said to be investing €130 million ($151 million) in 2018, €10 million ($12 million) of which is earmarked for the Vegetalia business. In a press conference, Ebro Foods president Antonio Hernández Callejas said the firm was ultimately targeting sales of €100 million ($116 million) in the organic space.