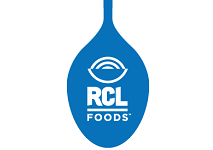 RCL Foods, a manufacturer of food products, is investing 150 million ZAR ($12.6 million) to open one of the largest pet food facilities in South Africa.

The company said that the new 1,500 sq m facility, located in Randfontein near Johannesburg, would feature innovation and technology improvements allowing for a revolution in its Canine Cuisine, Bobtail and Catmor pet food ranges.

In a statement, RCL Foods announced that it would be focusing on the ‘premium’ segment and vet channel, as well as taking advantage of opportunities to grow in the pet treats market. The Bobtail range will see the launch a new sub-range called Bobtail 2-in-1, while the company also intends to launch a new cat food ‘cuisine’ range made with fresh salmon and chicken.

Commenting on the news, Scott Pitman, MD of RCL Foods Consumer Division, said: “Through our world-class capabilities and break-through innovation, we hope to encourage greater usage of retail pet food and gain shoppers from the vet segment. The new facility will also allow us to provide our customers with an improved consistent supply and enable us to deliver new exciting innovations”.

RCL Foods is the largest pet food manufacturer in South Africa, with 40% market share in the retail space.