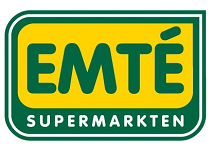 Jumbo and Coop, two leading Dutch grocery retailers, have announced the acquisition of the retail chain Emte from Sligro Food for €410 million ($506 million).

The proposed sale includes Emte’s 130 supermarkets, its retail distribution centres in Kapelle and Putten, its meat plant in Enschede and its supporting operational and commercial departments at the head office in Veghel. The deal will also see Emte’s supermarket real estate sold to the same consortium simultaneously in a separate transaction.

“The basic assumption for this transaction is that ultimately 2/3 of the EMTÉ business will be integrated into Jumbo and 1/3 into Coop”, the firms said in a statement.

Commenting on the deal, Jumbo CEO Frits van Eerd said: “The proposed acquisition of a large part of EMTÉ is another fantastic step in the development of our family business. This expansion also closely matches our growth ambitions. We see great opportunities with these stores to build further on our omnichannel strategy, which is aimed at us being available to our millions of customers at as many locations as possible and whenever possible”.