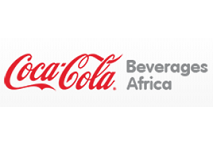 Coca-Cola Beverages Africa (CCBA), the Coca-Cola bottler, has acquired stakes in two Coca-Cola franchise bottlers in Kenya through its wholly-owned subsidiary Coca-Cola Sabco East Africa (CCSEA) for a combined sum of $194 million, according to a report in Food Business Africa.

CCBA’s investment in Kenya follows an announcement in August that the firm had taken a 60% stake in Eswatini Beverages, a soft drinks firm based in Eswatini (formerly Swaziland).

CCBA is the largest Coca-Cola bottler in Africa, with bottling operations spread across 12 countries.