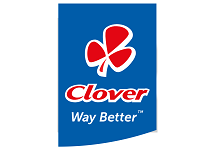 Clover Industries, the leading South African dairy firm, is the subject of a buyout bid by a multinational consortium, according to media reports.

The bid, which values the company at 4.8 billion ZAR ($359 million), is being led by Israels’s Coca-Cola franchise Central Bottling Co, which owns 60% of the potential acquirer. Other partners include the South African investment firm Brimstone Investment.

It is reported that, if the bid is successful, Central Bottling Co has plans to expand Clover Industries’ dairy business across sub-Saharan Africa.

In a statement, Central Bottling Co CEO Aran Oelsner said: “We are investing in a well-run company and are taking a long-term investment approach which reflects our confidence in the prospects for the local economy. Combining Clover’s abilities with our global expertise will provide real opportunities to grow Clover’s dairy and beverage portfolios across sub-Saharan Africa”.