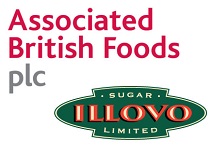 Associated British Foods (ABF) has announced that it has reached an agreement with Illovo Sugar to acquire the 48.65% interest in Illovo that it does not already own, in a deal worth around 5.6 billion ZAR ($389 million).

ABF, a diversified international food, ingredients and retail group owning brands such as Twinings, Ovaltine and Ryvita, acquired its majority shareholding in Illovo in 2006.

Commenting on the acquisition, ABF said in a statement: “Africa is a growth market for sugar, driven by increasing populations and rising incomes. Illovo is well positioned to capitalise on this growth although high global sugar stocks, low world sugar prices and forthcoming changes to the EU sugar regime have created a challenging trading environment”.

“AB Sugar has a strong track record of commercial development and delivering performance improvement programmes and believes that full ownership will accelerate Illovo’s progress in these areas”, the company added.

Illovo is the largest sugar producer in Africa with leading market positions in South Africa, Malawi, Zambia and Swaziland and a strong presence in Mozambique and Tanzania.