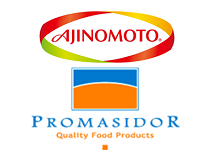 Japanese food manufacturer Ajinomoto has outbid PepsiCo to buy a 33% stake in South African firm Promasidor for $532 million, according to a Reuters report.

Promasidor sells powdered milk and drinks, dairy products and cereal and is mainly active in Nigeria, Algeria, Ghana, the Democratic Republic of Congo and Angola. The deal reported to be agreed with Ajinomoto would value the whole firm at $1.6 billion.

Ajinomoto is a food and chemical corporation which produces seasoning, cooking oils, pharmaceuticals, amino acids and is the world’s largest manufacturer of aspartame.  The company already offers some of its products, in particular monosodium glutamate, in Nigeria.

Through its stake in Promasidor, Ajinomoto will be able to strengthen its position in Africa through a distribution network stretching across 36 countries on the continent, Reuters adds.