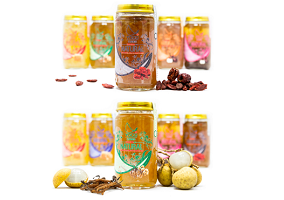 Health-food manufacturer YGC Group, in collaboration with the National University of Singapore, has unveiled the launch of a new range of health drinks made with eucheuma, a type of seaweed found locally in South-East Asia.

Announcing the launch, YGC Group said the line was suitable for a broad demographic and was promoted as an “everyday drink targeted at the health-conscious”.

The 150ml bottles will initially be sold from YGC Group’s website at a price of S$19.50 ($14.40). The firm indicated that it may begin larger-scale commercial production and distribution in the latter half of the year.